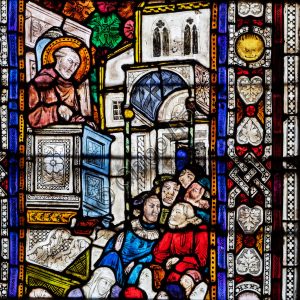 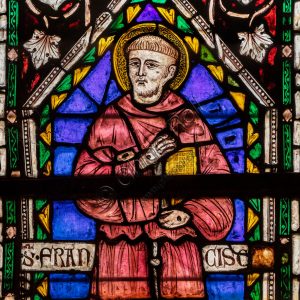 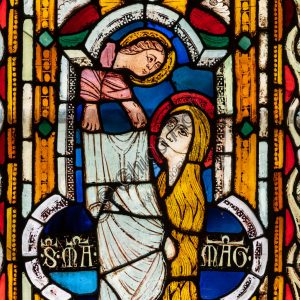 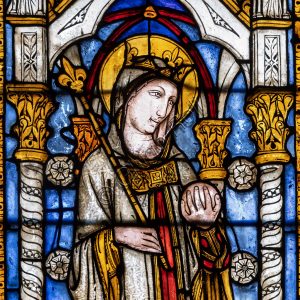 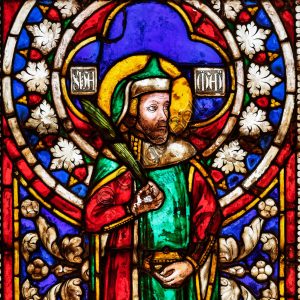 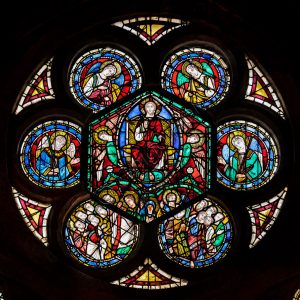 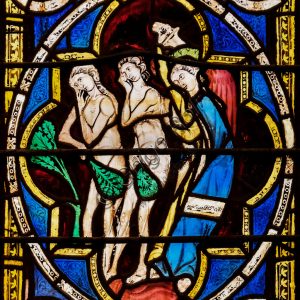 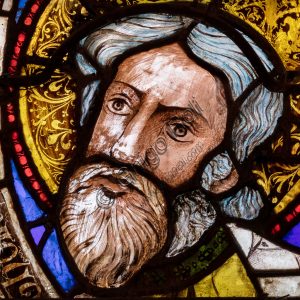 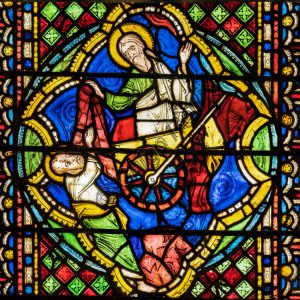 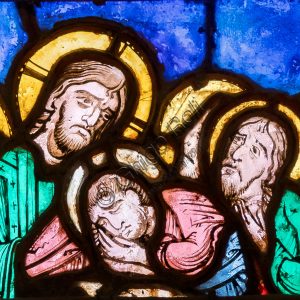 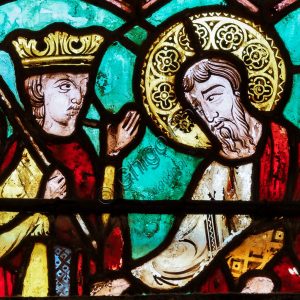 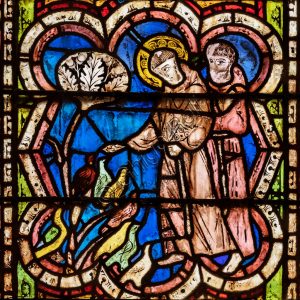 Assisi, Lower Basilica of St. Francis, Chapel of St. Anthony of Padua: the stained glass windows. They were built between 1315 and 1325, with some additions around 1945-50. They are the oldest depictions of the life of St. Anthony. The first companions of St. Francis are depicted in the rose window. In the panels, twelve episodes from the life of St. Anthony are represented.The thirty-six stained glass windows of the Basilica of St Francis in Assisi, divided between the upper and lower churches, undoubtedly constitute the most important Italian cycle of this kind for completeness and antiquity. These splendid mullioned windows and four-light windows, made in grisaille between the end of the thirteenth century and the beginning of the fourteenth century, on the whole have come down to us rather well preserved, despite the damages due to time and earthquakes. Germanic and French masters from beyond the Alps, as well as Italian ones, created them. Among the latter, the names of the Master of St. Francis, Cavallini, Simone Martini and Cimabue have been proposed. Gigapixel photography reproduces them in depth and is an important investigation tool for those who want to know in detail these works which, given their location, are not easily visible.